Written by Vets National Advocates on June 23, 2015. Posted in Uncategorized 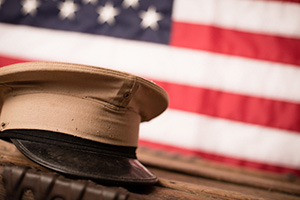 An NPR investigation revealed that the Department of Veterans Affairs (VA) has failed to follow-up on its promise to provide compensation to approximately 4,000 men who were used as human test subjects for mustard gas during World War II.

Although the men who experienced permanent injuries were promised benefits, the VA has failed in its efforts to provide them with the help they need.

Vets National Advocates believes that veterans deserve to be compensated for the injuries and illness that result from their time in the service. If you have applied for veterans disability benefits and your claim was denied, our experienced team of benefits professionals can help.

According to the investigation, the U.S. military exposed thousands of American troops to mustard gas during their experiments with chemical weapons.

When the tests were declassified in 1990, the VA promised to locate the almost 4,000 men who were used in the tests and to compensate those who sustained permanent injuries.

Unfortunately, the VA only reached out to about 600 of the men with a single letter during the 20-year period.

Because of poor record keeping, the fact that these experiments were done in secret, and because the burden of proof is set so high for veterans to receive disability benefits from the VA, the thousands of veterans affected by these tests have not been able to prove that they were a part of the experiments.

The VA does have a list of several illnesses that have been linked to mustard gas exposure, such as leukemia, cancer and chronic breathing problems. Veterans should be quickly approved for benefits once they prove that they have one of the illnesses.

However, NPR cited several veterans who fit the requirements but were still delayed or denied support.

Get the Benefits You Need

Vets National Advocates have years of experience representing veterans seeking disability benefits at all levels of the appeals process. If you or your loved ones claim has been denied, we can help guide you through the process and help you get the benefits you deserve.