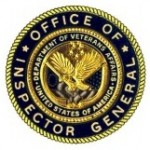 Last week, the results of an investigation by the Office of the Inspector General (OIG) of the Department of Veterans affairs released its report into allegations that veterans had died while suffering extended delays in treatment at the VA Hospital in Phoenix.

The allegations came from whistleblowers who alleged that VA Hospital Staff kept secret waiting lists which were different than those reported to the Department of Veterans Affairs. These lists kept the VA Hospital in line with Congressional regulations while hiding systematic delays in treatment which caused veterans to wait months for life-saving treatment. According to whistleblowers, as many as 40 patients died while waiting for treatment.

The OIG looked into these allegations in an extensive report released August 26, 2014. In this report, the OIG could not confirm that 40 veterans had died because of delays in treatment, but only because they did not have the names of all the patients referred to by the whistleblowers.

While the OIG could not confirm that specific accusation, its report did note that there were at least 45 incidents of unacceptable and troubling lapses in care, including 28 excessive delays and six deaths. The report also found that 40 patients on the wait lists had died between April 2013 and April 2014, though not all of those deaths could be attributed to delays in care.

After news of the scandal broke, the Department of Veterans Affairs received 225 reports of misconduct at the Phoenix VA Hospital, and 445 additional reports about VA hospitals around the country. The VAs OIG opened investigations at 93 VA sites, while over 100 investigations were also opened by the federal Office of Special Counsel, which investigates whistleblowers claims.

Response from Congress and the President

After the VAs report, President Obama gave a speech at the American Legions annual convention which addressed the report and outlined steps the executive branch would be taking to remedy the issues identified therein.

President Obamas plan called for 19 new executive actions to help veterans. These points mainly revolved around increased money and services for mental health treatments, as well as recruitment campaigns to find additional VA doctors, the coordination of programs between the VA and the Department of Defense, increased efforts to understand traumatic brain injuries, and partnerships with national banks to lower VA mortgage rates.

Hopefully, as these efforts take effect, all veterans around the country will begin receiving efficient, effective care. If you or a loved one has noticed delays or mistreatment at a VA hospital, you can report these incidents to the OIG. The Department of Veterans Affairs maintains a website for the OIG, which lists the relevant numbers you can call to have your complaint addressed.