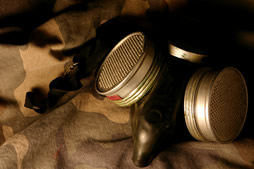 When veterans return home, they often face issues caused by the traumatic events they experienced while serving our country.

Between 1962 and 1971, approximately 20 million gallons of herbicide known as Agent Orange was used in Vietnam, Laos and parts of Cambodia to remove unwanted plant life that provided cover for enemy forces.

The campaign destroyed about 5 million acres of land and about 20 percent of Vietnam’s forests were sprayed at least once during a nine-year period.

Upon returning from Vietnam, many U.S. veterans began to suffer from serious illnesses and in 1977, veterans began filing disability claims for Agent Orange. By 1992, nearly 40,000 military personnel had filed compensation claims after being exposed to Agent Orange while serving in Vietnam.

If you or someone you love was exposed to Agent Orange during their military service, Vets National Advocates can help.

Those who served in Vietnam between January 9, 1962 and May 7, 1975 including those who had brief stints ashore or aboard a ship that operated in Vietnam’s inland waterways. Vets who served in or near the Korean demilitarized zone between April 1, 1968 and August 31, 1971 are also eligible. Vets who fall into either category do not have to show that they were exposed to Agent Orange as the VA will presume they were.

However, veterans who served on or near the military bases in Thailand; who served where herbicides were tested or stored outside of Vietnam; who were crew members on C-123 planes flown after the Vietnam war; and those associated with the Department of Defense projects to test, dispose or store herbicides in the U.S. may also be eligible for benefits, but must prove that they were exposed to Agent Orange.

Children who have certain birth defects, such as spina bifida, and are biological children of Vietnam-era veterans may be eligible for VA compensation.

Surviving spouses, dependent children and dependent parents of veterans who were exposed to Agent Orange and died as a result of a disease related to the exposure may be entitled to health care, education and home loan benefits.

How a Veterans Advocate Can Help

In order to apply for and receive compensation the VA will require evidence of service, a medical diagnosis of the disease as well medical evidence that the disease began within the deadline period established by the VA. Gathering the correct information for Agent Orange claims can be difficult and failing to have paperwork and documents filed correctly can result in the denial of benefits.

At Vets National Advocates, we understand how devastating it can be to be denied benefits for the compensation you need after serving our country.

If you need help appealing a denied claim, we can help you fight for the compensation you deserve.

You don’t deserve to be sick from your service. Vets National Advocates, Helping Our Nation’s Veterans
Contact us today or call 1 (877) 777-4021 to schedule a free case review.