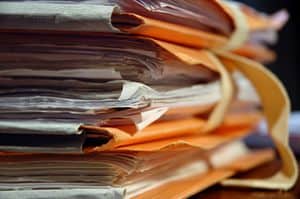 The Department of Veterans Affairs (VA) announced that it has reduced the number of backlogged claims by 84 percent since 2013 the lowest number since it began keeping records of this kind in 2007.

Backlogged claims are defined as any veterans disability benefits claim that has waited for a decision for more than 125 days. The backlog reached its peak in 2013 with a record 611,000 claims waiting for extended periods of time for a decision.

Several years ago, VA officials launched an initiative to reduce the backlog, aiming to shrink the number of claims waiting for approval to zero by September 30, 2015. Today, just weeks from that self-imposed deadline, the number stands at just under 100,000 backlogged claims.

While the VA has made significant progress in reaching its goal, it has left thousands of veterans still waiting. Unfortunately, officials say they may never fully eliminate the backlog, partly because some claims include multiple health problems that must be evaluated.

The VA used a combination of new paperless processing techniques, upgraded software systems and mandatory overtime for employees in the benefits division over the last several years to decrease the backlog.

Despite this progress, the VA will end the mandatory overtime at the end of September because it is not a sustainable procedure. However, officials have assured veterans that those gains will not be sacrificed once the overtime ends.

VA Undersecretary for Benefits, Allison Hickey, has also stated that the backlog decrease did not come at the expense of quality. Despite the decrease, the number of veterans who have appealed the VAs decision on their benefits claim has remained steady over the years.