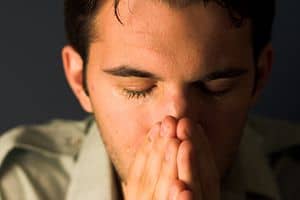 Some veterans return from war with physical injuries, but many also return with mental injuries. The most common, and well-known, mental anguish that veterans suffer from after returning from war is post-traumatic stress disorder (PTSD). But some studies are beginning to suggest that there is another mental injury that that is growing in prominence, called moral injury.

During war, military personnel are faced with many ethical and moral challenges. And although their training has prepared them for how to handle these situations, sometimes what they did, or maybe didnt do, transgresses a deeply held belief and moral opinion. After such an act, some veterans spend years torturing themselves over the act because it went against their conscience.

Unlike PTSD, which is rooted in a fear that a persons life is in danger, moral injury can result when a veteran is consumed with guilt or shame for something they did that goes against their values.

The idea has gained more attention since the Iraq and Afghanistan wars as some mental health providers are beginning to identify it as a reason why some veterans do not respond to PTSD treatments.

There is no formal diagnosis for moral injury, and research is still in its early stages. Some question if moral injury is a part of PTSD or if it should be considered and treated as its own condition. It is unclear how many veterans could possibly suffer from this.

Some psychologists suggest that group adaptive disclosure therapy, like some programs offered at Naval Medical Center San Diego, can help veterans address their transgression and ultimately forgive themselves. The therapy asks veterans to reveal their trigger incident to other veterans also suffering from moral injury.